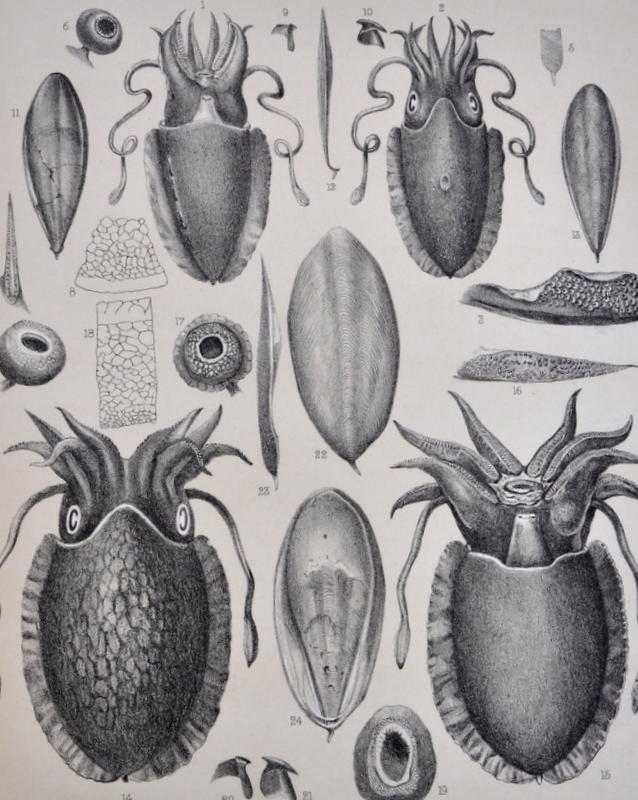 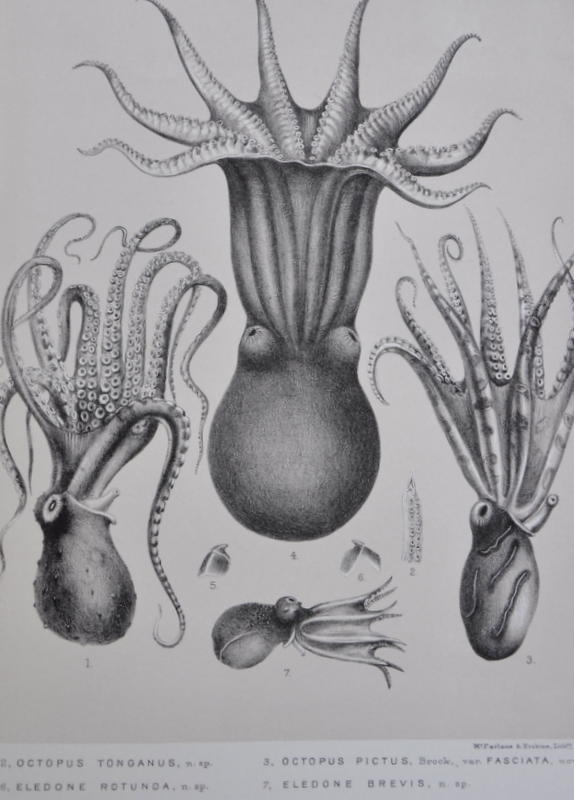 Today I will tell you about some of the molluscs found on the Challenger expedition along the way – more specifically, the octopus (read about January’s jellyfish here). Above are pictures of cuttlefish and octopus found on the expedition.

Firstly – what are molluscs? These are a very large phylum of invertebrates with about 100,000 species! They are soft-bodied animals, some with shells (such as snails and scallops) and some without (such as slugs, octopus and squid). There are quite a few classes of molluscs but I won’t go through them all – the octopus belongs to the Cephalopods. 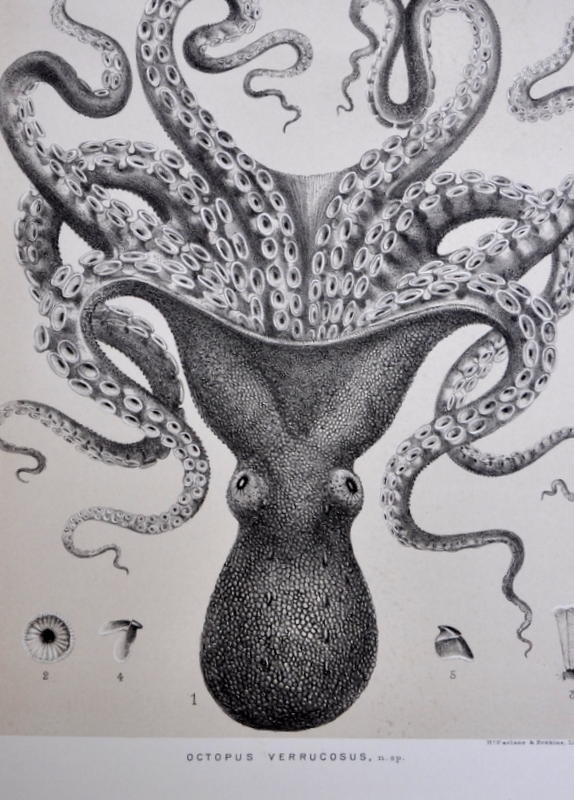 So let’s get started with the octopus. These are fascinating creatures. There is one species of octopus known as the ‘mimic octopus’. This is because it can make itself appear to be many other sea creatures! There is another octopus which is known as the ‘hardest working mum of the planet’. The mothers guard their eggs, protecting them from predators and keeping them oxygenated. Unfortunately, this means that the mother never leaves their side to even eat. Many die very soon after their young hatch. This particular octopus though, Graneledone boreopacifica, has been found to guard its young for 53 months! The most well-known octopus is Octopus vulgaris – also known as the common octopus. This may seem a little boring but these well-studied creatures are still pretty amazing. It has recently been found that these clever octopus’ can recognise ones that they have previously seen in the past day.

Many octopus’ were found on the HMS Challenger expedition – Octopus cyanea (the big blue octopus) and  Enteroctopus dofleini (the giant Pacific octopus) to name two. The giant Pacific octopus is one of the largest octopuses and  they can also live the longest. The largest recorded has grown up to 30 feet and weighed over 270kg! They are very intelligent – like the mimic octopuses and the big blue octopus, they can change colour to match their surroundings due to their skin pigments.  They have also be known to solve maze puzzles in the laboratory and recognise individual human beings! The giant Pacific Challenger specimen was found at station 232, off of Japan on May 12th 1875 and the big blue octopus was found by the Hawaiin Islands in August 1875.

The crew on the HMS Challenger pulled up many species that have not been often seen since. The species of octopus in the image below was found on route from New Zealand to Indonesia (stations 171 and 214) and so few have been found, it is down as data deficient on the IUCN red list (showing the abundance of species and change in numbers over time). This shows how extensive the work was that the crew on HMS Challenger did!