Notes: Although labelled as coming from Kerguelen it is possible this is incorrect as no Cidaris species were found at Kerguelen (though Goniocidaris was). This is unknown until the urchin is re-identified. As of the 11th of March 2014 in the Grant Museum all material labelled ÔÇÿChallengerÔÇÖ has been grouped under the subcollection HMS Challenger Expedition assuming that Challenger refers to the 1872-1876 scientific expedition. It is unknown if these specimens came to the Grant Museum at one time or if there was a number of specimens that came to the museum over a period of years. 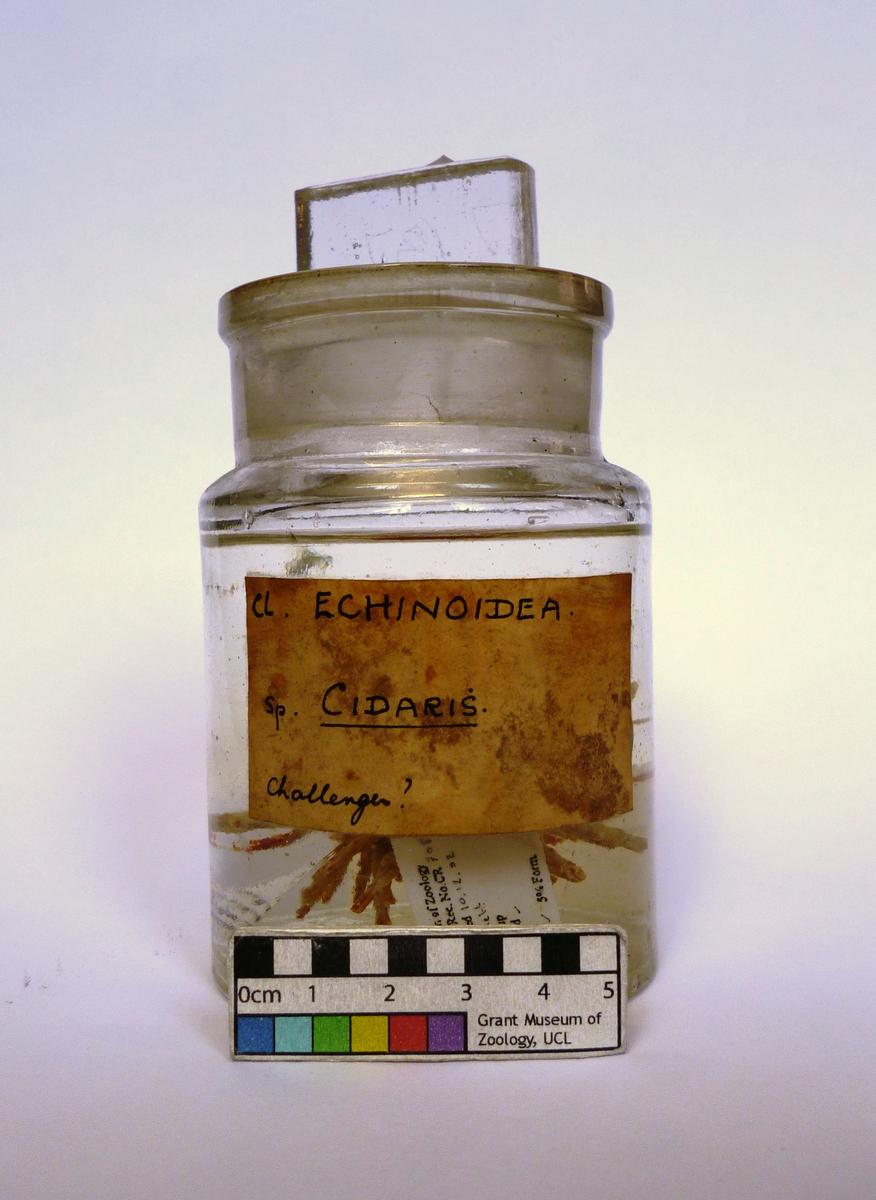 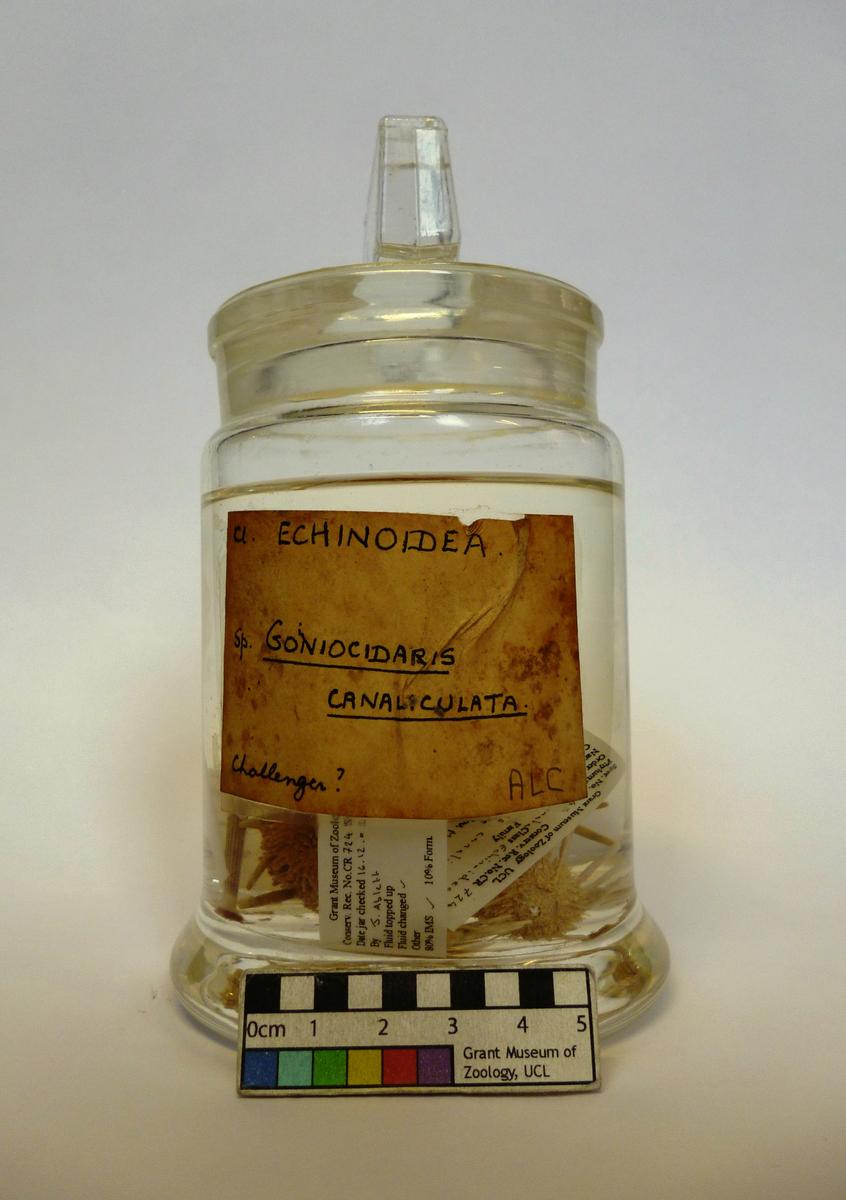 The Grant Museum of Zoology and Comparative Anatomy at University College London cares for a small number of zoological specimens from the HMS Challenger (1872-76) voyage.

About the Grant Museum

The Grant Museum of Zoology is the only remaining university zoological museum in London. It houses around 68,000 specimens, covering the whole Animal Kingdom. Founded in 1828 as a teaching collection, the Museum is packed full of skeletons, mounted animals and specimens preserved in fluid. Many of the species are now endangered or extinct including the Tasmanian Tiger or Thylacine, the Quagga, and the Dodo.
The collections can be searched online.

Please email the Grant Museum if you have enquiries about their collection.