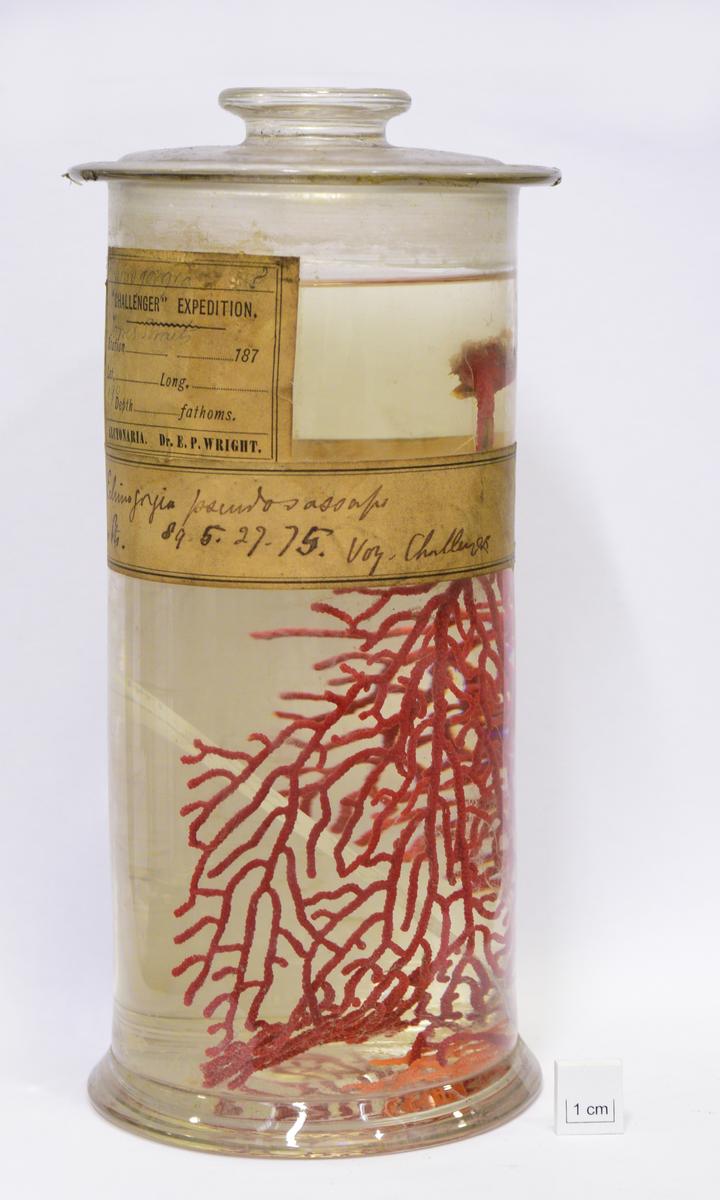 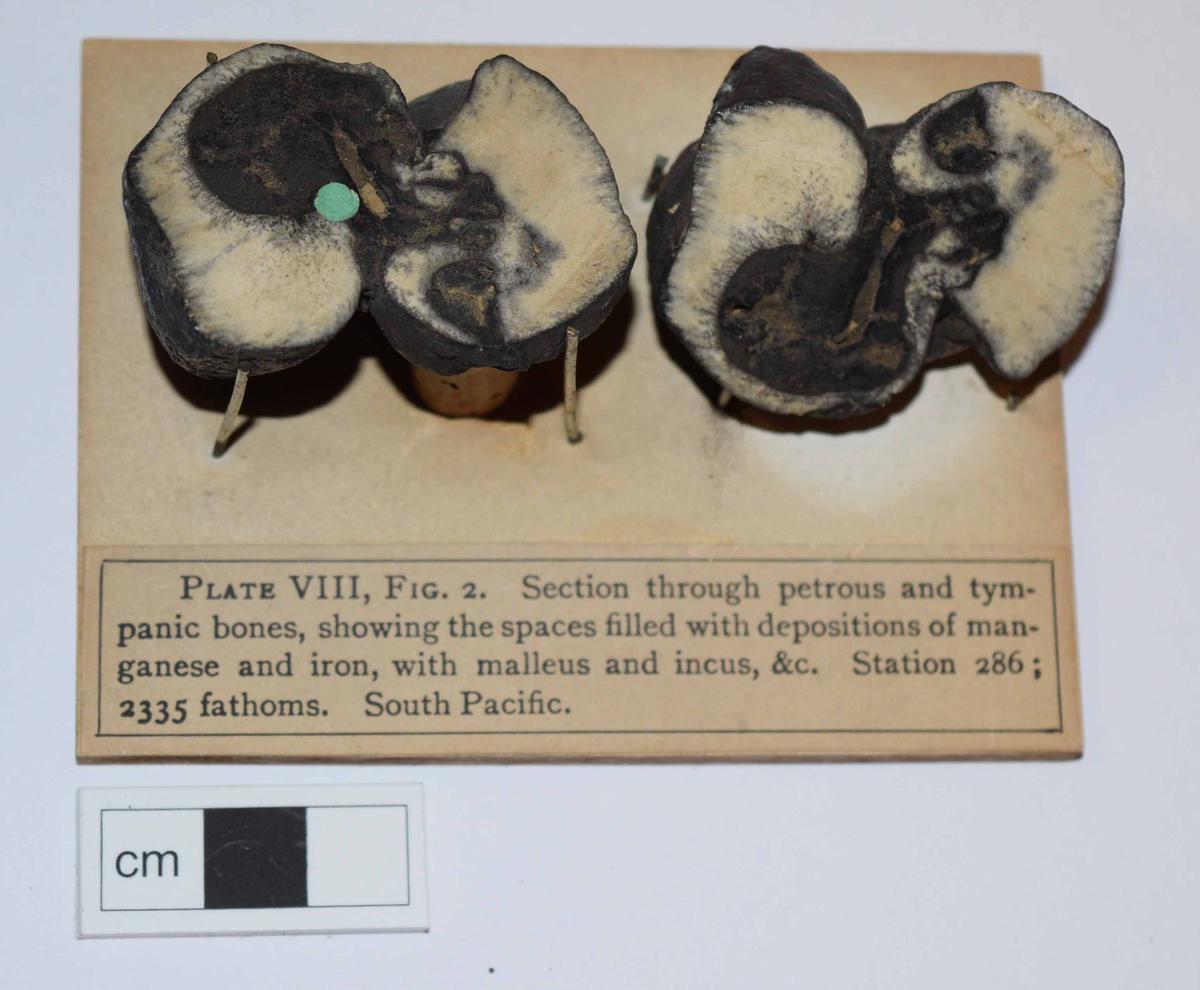 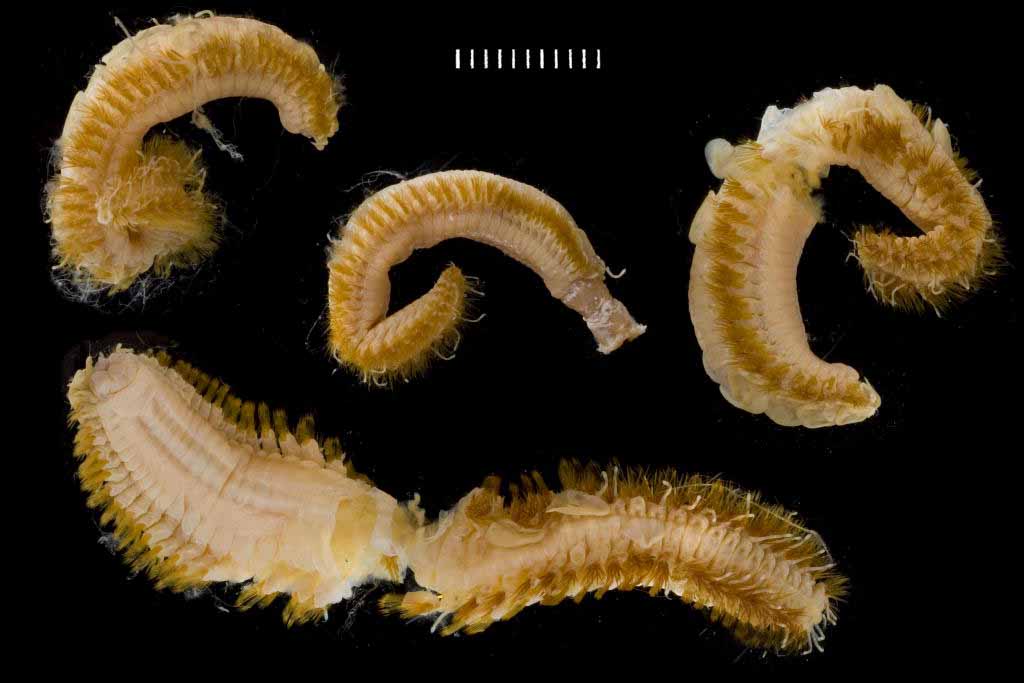 The Natural History Museum cares for over 10,000 examples of material from the HMS Challenger (1872-76) voyage, including birds, worms, fish, molluscs, insects, mammals, foraminifera and geological samples. They also hold a substantial amount of archival material, including letters and photographs from and referring to the HMS Challenger expedition.

When HMS Challenger returned to England, the specimens were sent to scientists around the globe to study and describe. Scientists were required to send all species of which there were more than three represented as well as all unique specimens to the British Museum (now the Natural History Museum) for their collections. The remaining material was to be returned to Sir Charles Wyville Thomson for distribution by the Treasury and the Trustees of the British Museum.

One important collection the museum holds is the John Murray Collection. John Murray played the role of being one of the scientists on HMS Challenger, as well as taking over publishing the huge number of reports that came out of the Challenger expedition when Charles Wyville Thomson (the chief scientist of HMS Challenger) died. John Murray held a large amount of sea-bed samples from the voyage which were donated to the Natural History Museum following his death in 1914.

Edward Heron-Allen (1861-1943) was a scientist who specialised in foraminifera (small single-celled protists with shells). He obtained some of the slides prepared from the voyage as well as others from other historic voyages such as Discovery. The Natural History Museum cares for his whole collection.

About the Natural History Museum

The zoology collection consists of 29 million animals with many key type specimens (the specimen that a description and species is based on), including many extinct and endangered species. Over 17,000 fluid-preserved birds and 16,600 bird skeletons make up just a small part of this vast collection.

The museum cares for one of the oldest and most important collection of insects and arachnids (including spiders, scorpions, ticks and mites), holding an estimated 34 million specimens. 8,712,000 of these are butterflies and moths.

On top of this, seven million fossils (vertebrate, invertebrate and plants) are held at the Natural History Museum, including the Archaeopteryx, controversially described as the ‘missing-link’ between birds and dinosaurs, 96 species of fossil primate and a large assemblage of fossil hominin remains.

The museum holds an estimated six million botanical specimens, from ferns to diatoms and slime moulds to algae. Nearly every known British plant is represented in this huge collection as well as the museum holding the world’s largest lichen collection.  This is as well as 5000 pieces of meteorite, 123,000 samples of rock and 15,000 examples of ore which are all held in the museum’s mineral collection, making the museum a valuable resource for geological research.

As well as all these amazing collections, the Museum has a Library and Archive that maintains a vast collection of artwork, literature and manuscripts (over 1 million items) that can help support research around the world.

The museum’s collections can be searched online.

The Curator of Micropalaeontology’s blog has several posts relating to the bottom deposits and foraminifera collected by Challenger.

Permission has been given to use specimen information and photographs in accordance with the Creative Commons CC0 1.0 Licence

A selection of the Natural History Museum’s Challenger specimens