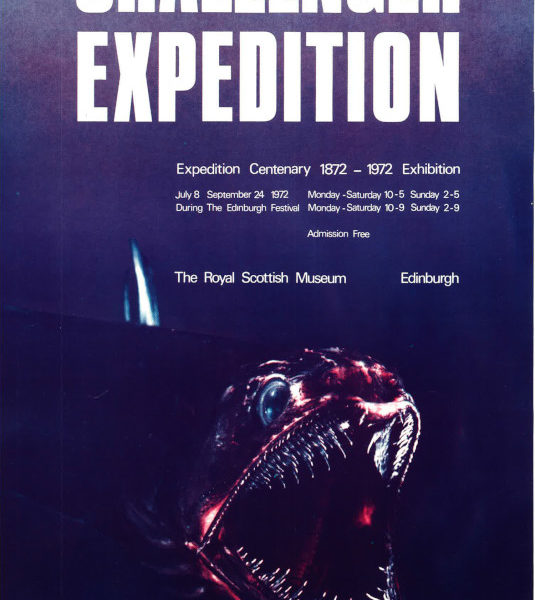 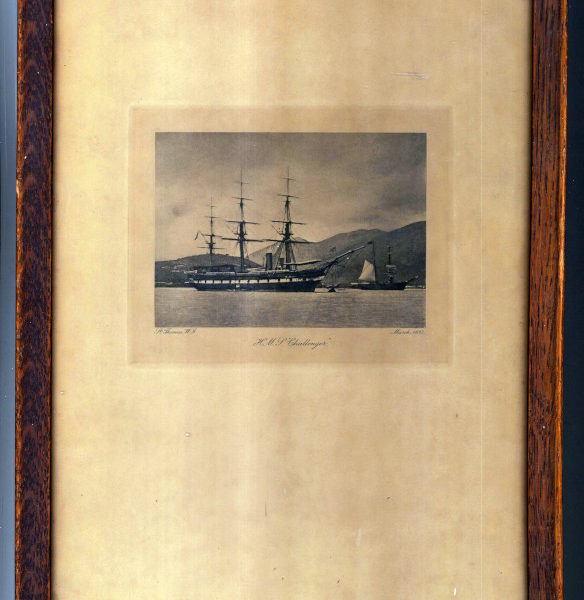 Notes: [One of] Forty-one Exotic Bird Skins, all of them of brilliant plumage, from the Collection of the late Wm. Evans – some, or all probably given him by Dr Crosbie (possibly bought during the “Challenger” cruise). 37 – 41 Miscellaneous. Male. Species not recognised 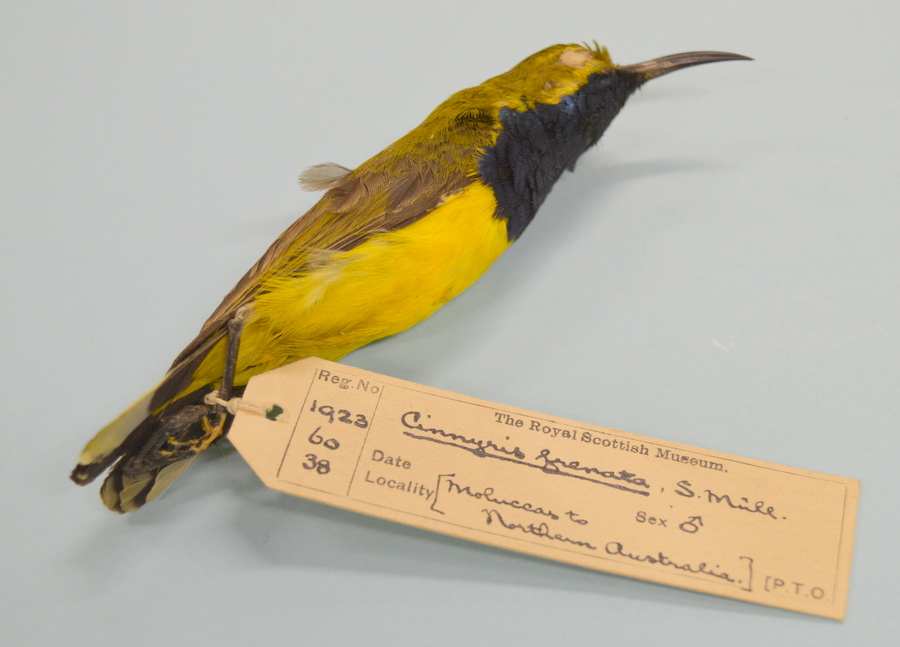 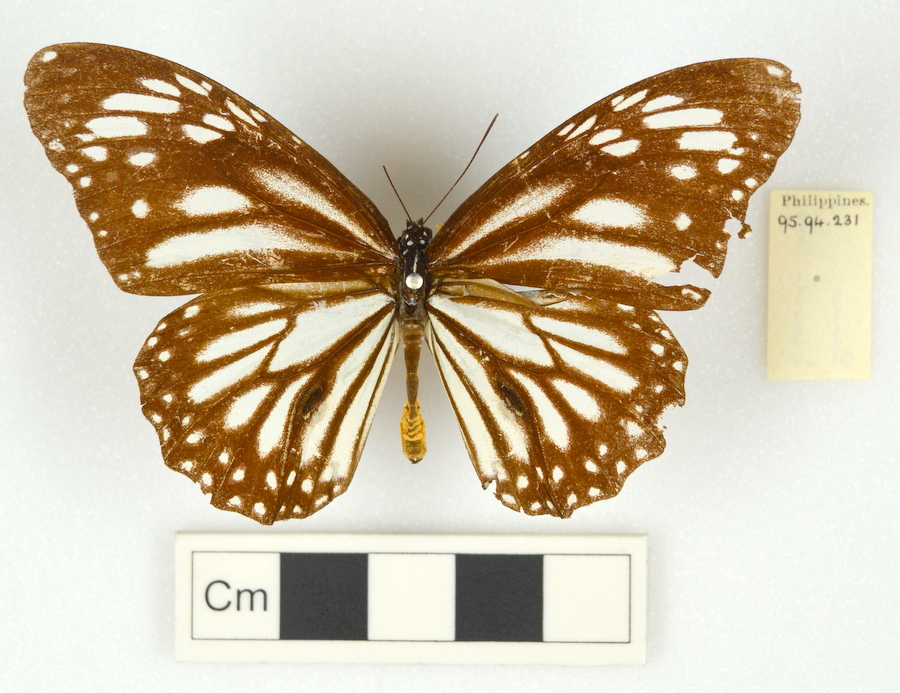 Notes: One of a collection of shells made by Dr. Crosbie, who was doctor to the “Challenger” Expedition. 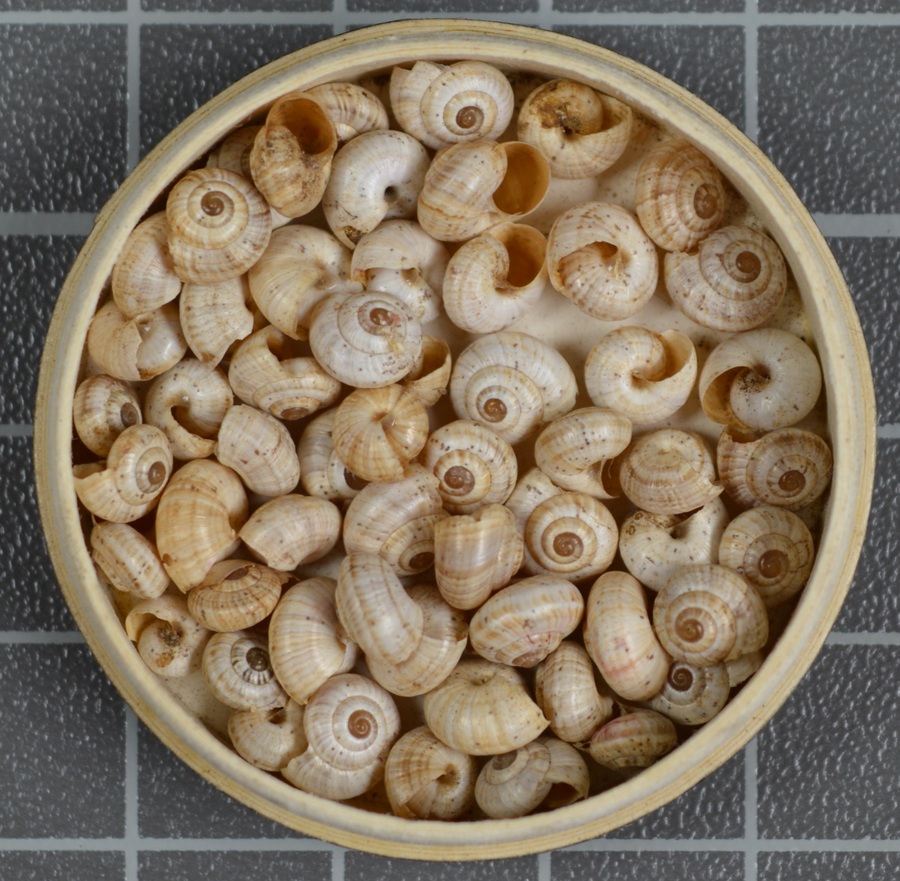 National Museums Scotland care for over 1,000 specimens from the HMS Challenger (1872-76) voyage. These include birds and bird eggs, foraminifera, diatoms, echinoderms, sponges and even some butterflies.

Specimens arrived at the museum from a variety of sources

Charles Wyville Thomson was Professor of Natural History and Keeper of the Museum Repository of Natural Curiosities at the Edinburgh Museum of Science and Art (later became National Museums Scotland). In 1872 he was appointed chief scientist of HMS Challenger.
The majority of the specimens from the voyage were sent to the Natural History Museum but Thomson proposed that a duplicate set of specimens should be located in the Edinburgh museum (Swinney, 1999). Thompson gave a small collection of his own specimens to the museum and further collections were donated by his family on his death.
National Museums Scotland also hold duplicate and original images from the voyage.

An exhibition to celebrate the centenary of the HMS Challenger expedition was held in 1976. There are no records of the content or images of the display but there is a poster to advertise the opening dates.

National Museums Scotland, care for collections of national and international importance, preserving, interpreting and making them accessible to as many people as possible.National Museums Scotland work with museums and communities across Scotland and beyond, introducing our collections to a much wider audience than can physically visit our museums, through partnerships, research, touring exhibitions, community engagement, digital programmes and loans.

National Museums Scotland cares for over 12 million items and around 10 million of these are scientific specimens and samples. The rest of the collections encompass archaeological, cultural, technical and social history collections and archival material.  The Natural Sciences collections are comprehensive in their coverage of the natural world, although Botany is only represented by fossil plants. The collections are global in terms of their content and most of the several million specimens held originate from efforts to better understand the Natural World.

Please email National Museums Scotland to enquire about their collections.