Three of NASA’s five space shuttles were named after British exploration ships – the Discovery and the Endeavour after Captain Cook’s ships; while the ill-fated Challenger, which exploded on launch in 1986, was named after our very own HMS Challenger. 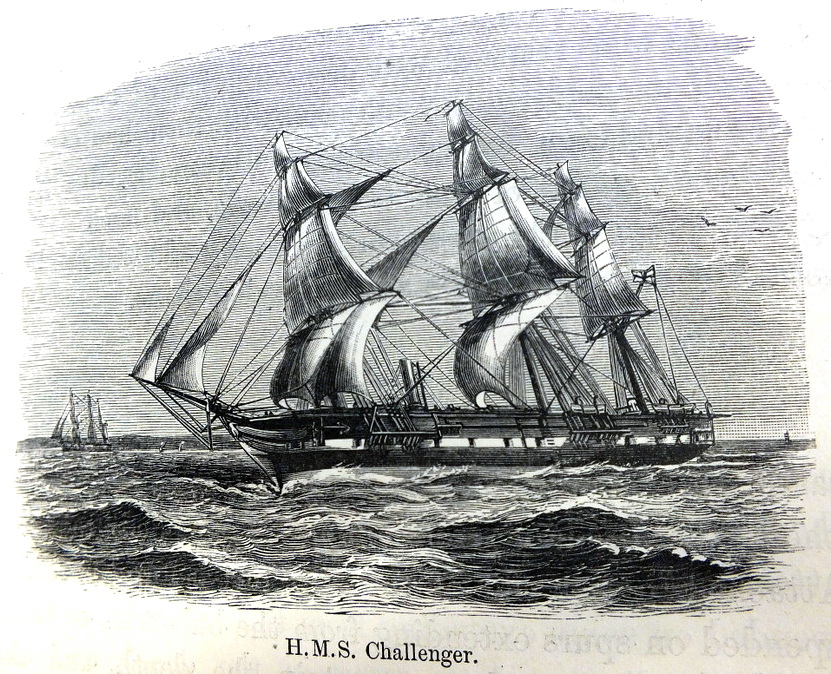 The connections are very appropriate, in fact. Not only were the Challenger expedition and the space shuttle flights both landmarks in their respective worlds of science, they also have similar undercurrents of political and military involvement. Both programs were born of world powers wishing to show their technological and financial prowess, and what better way to do so than to fund scientific expeditions to gather new knowledge about little known environments? Also, while HMS Challenger had most of her guns removed, she and all her officers still belonged to the Royal Navy. Just as the Royal Navy stood to benefit from new knowledge about the ocean in the 1870s, so the US military benefited from NASA’s ballistics and physics research.

Finally, the space shuttle programme was cancelled by budget cuts in the US government. When HMS Challenger returned home in 1876, the expedition also faced funding problems. The government grew disappointed with how long it took to produce the reports and one of the Challenger’s scientists had to put a lot of his private money into the project.

This BBC Radio 4 programme from 2011 (when the space shuttles were decommissioned) explores these similarities and more. It’s only half an hour long, and well worth a listen!