As I explained in our first post, the HMS Challenger expedition aimed to find out the chemistry and physics of the deep-sea. However, what and how did they measure?

One of the main components they wanted to measure was surface, bottom and intermediate temperatures of the sea. For almost all the observations, the Miller-Cassela thermometer was used. This was a  minimum and maximum thermometer (in other words, it  showed the minimum and maximum temperature of the water). As a series of temperatures were measured at different depths, this type of thermometer could be relied upon..to a certain extent. More accurate thermometers were needed at deep depths but the plan to get any was unsuccessful before the end of the expedition.

First off – what is specific gravity? In simple terms and in this case, it is the comparison of the density of sea water with the density of pure water. This all gets a little confusing but I will try to explain it simply.

Specific gravity was measured using devices called hydrometers and piezometers, measuring mass and water pressure. This can then be used to calculate density and so specific gravity.

So why was this useful for the expedition?  Firstly, water pressure was used to measure depth and you could see how the density of the seawater changes at different depths. It was also used to make sure that the temperature was recorded accurately – the thermometers gave you the minimum and maximum temperature and this would be accurate if at all areas the deeper the water the colder it gets. However, this is not always the case. For example, ice is less dense than seawater and so floats on top, despite being colder than the water below it. The crew worked out that a fall of one degree of temperature had the same effect as an increase of pressure equal to 430 fathoms. From this, temperature could be recorded correctly. How to measure and what to measure with was certainly well thought out! Now on to how they collected water – a little easier on the brain! 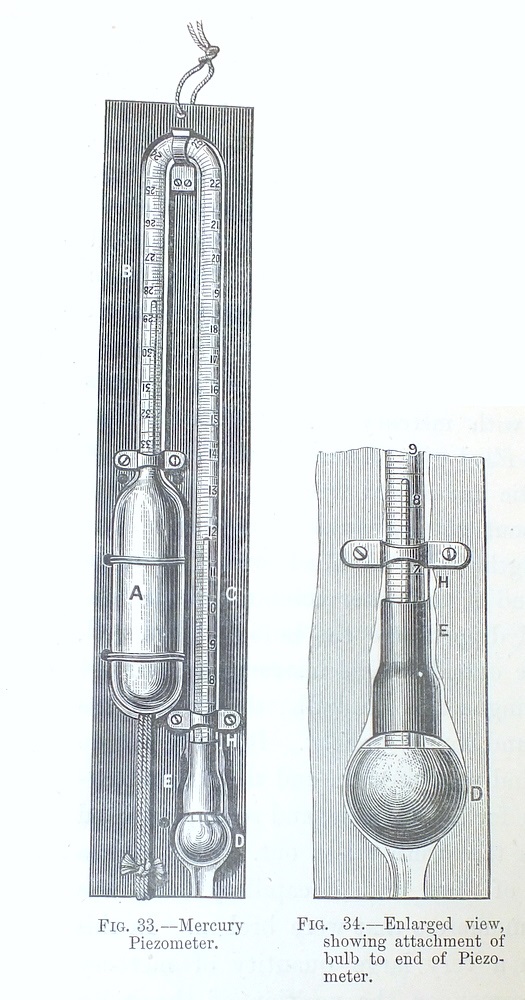 To collect water during the HMS Challenger expedition: Buckets and Bottles

When collecting water, water from the surface was collected simply with a bucket. Water from the bottom, however, was collected by specifically designed instruments, for example the Slip Water-Bottle. This was basically a brass cylinder that takes in water once it reaches the bottom. A similar water bottle, called the Stop-Cock Water Bottle, was used to collect water at intermediate depths. 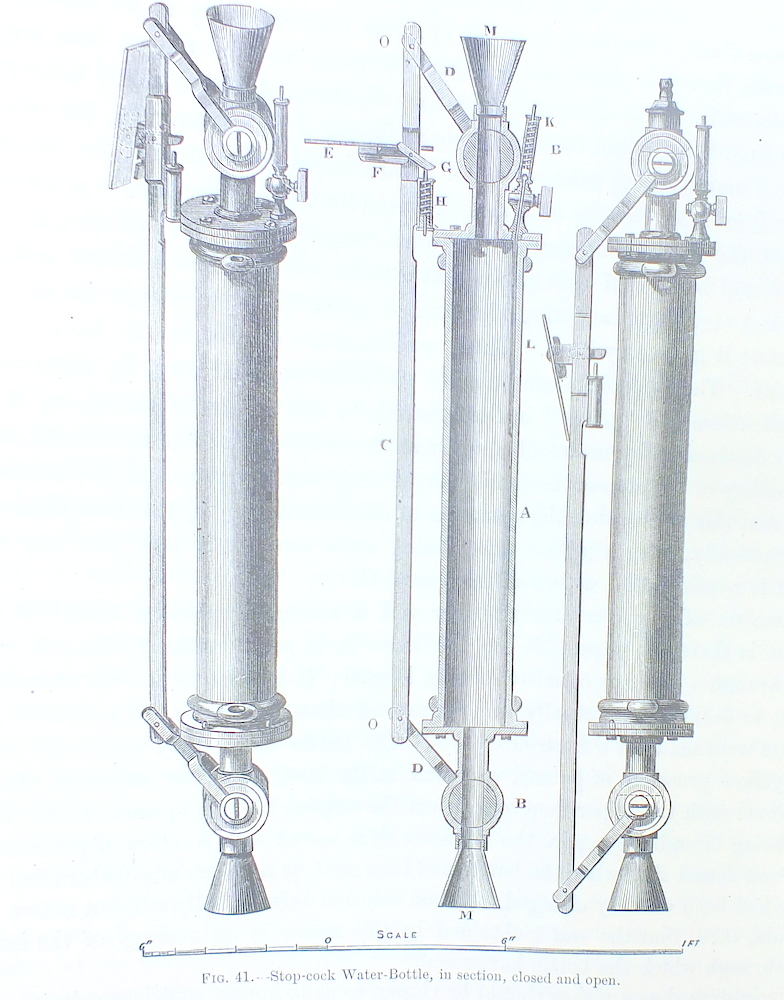 So that is just some of the main equipment used aboard HMS Challenger to gather important data. The temperatures recorded are still being used now to compare how the ocean’s temperature has changed over time so it was well worth the effort.

That is me for now…in the next blog post I will show you examples of some of the data collected from a station, including some specimens that were found. Speak soon!